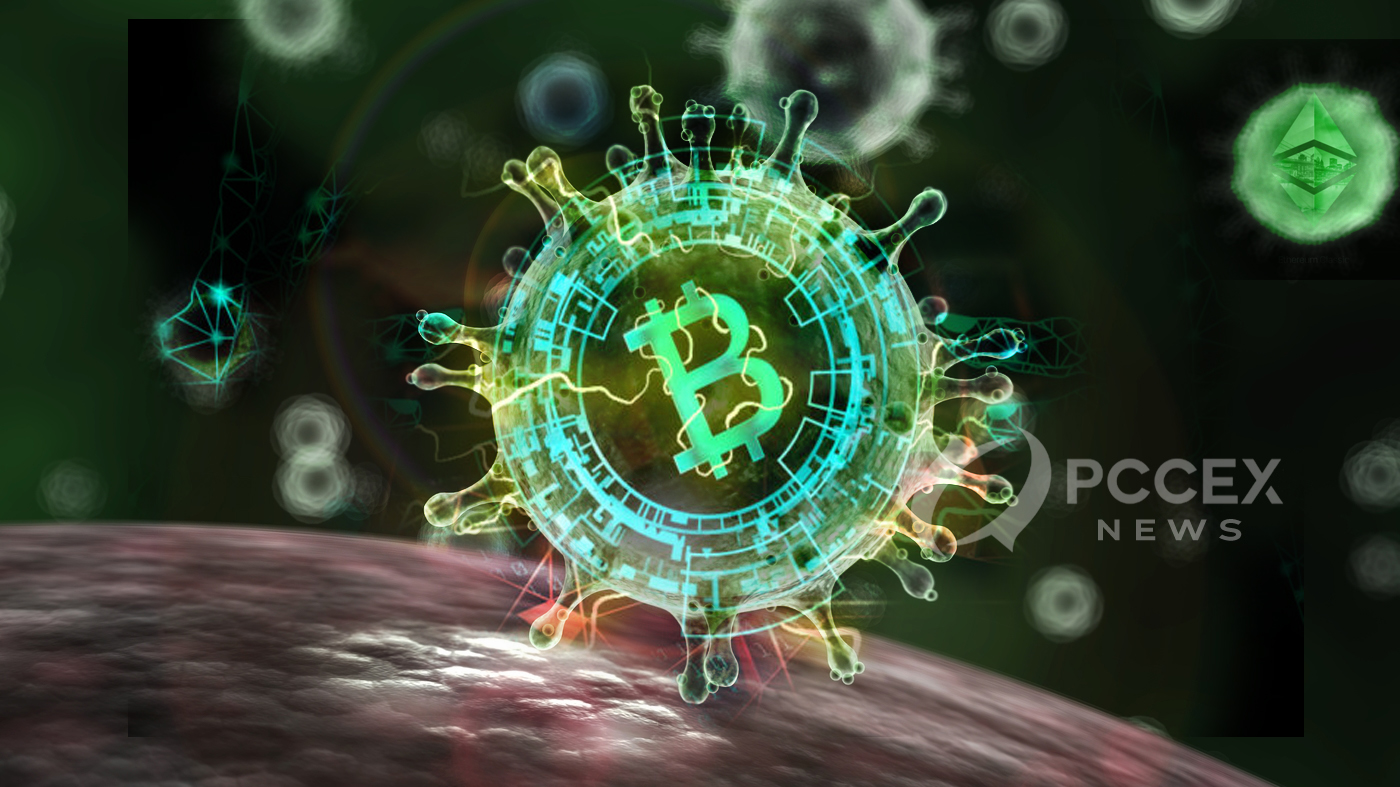 The Pandemic Couldn’t Have Provided a Better Environment for Cryptocurrency. It is an unprecedented event for the Fed to open a lock for unlimited pe

The Pandemic Couldn’t Have Provided a Better Environment for Cryptocurrency.

It is an unprecedented event for the Fed to open a lock for unlimited permanent quantitative easing, coupled with a $ 6 trillion stimulus package. This is the most aggressive Fed intervention to date. For the cryptocurrency industry, it is a resounding call in an interventionist monetary policy reminiscent of the 2008 environment that led to the release of the Bitcoin (BTC) whitepaper by the anonymous founder.

Read more: Who is Satoshi Nakamoto? The founder of bitcoin

The huge stimulus package represents about 28% of US 2019 GDP and is reached when the credit market is liquid and bond yields are heading to zero. As the steepest decline in U.S. history, the current market shock to the S & P 500 may only be a by-product of unwinding leveraged positions from major asset managers such as risk parity and rule-based funds there is.

The negative impact of COVID-19 on the real economy is still on the horizon. With unemployment rising rapidly, the U.S. Department of Labor has indeed urged states to postpone the release of figures to mitigate negative market sentiment.

If anyone had presented the current situation to cryptocurrency enthusiasts in December, they would have probably not been able to imagine a scenario that would lead to cryptocurrency macro narratives. However, that scenario may not be all suns and rainbows.

An opportune moment for to buy Cryptocurrency

You may have seen fundamental changes in traditional market sentiment, specifically the cozy relationship between government and business. The stimulus package revealed that companies were not prepared for the catastrophic shocks of any kind, and repurchased their shares by exploiting low-interest loan rates.

Nevertheless, most companies are being rescued with key fund managers in line with the Fed and Treasury’s $ 4.25 trillion lending facility. In comparison, SMEs have only $ 300 billion in valleys.

Currently, struggling Americans are increasingly losing their jobs while bills are accumulating, and receiving only $ 1,200 checks. This is a reality that suggests corporate socialism.

While the S & P 500 tumbled and dominated the credit market and panicked, Bitcoin was mainly involved in the story of the legacy cryptocurrency “safe haven”. However, Bitcoin (BTC) was equally poor because almost all market assets were sold at once. The crypto market structure virtually collapsed on March 12 and 13.

Read more: Corona virus pandemic: What will be its impact on Bitcoin?

Despite this, Bitcoin gained without stimulus injection and recorded only a 10% price reduction in the first quarter of 2020.

The story of Bitcoin’s Safe Haven may have hit during the last month, but this is exactly the moment it was created. With the addition of millennial emerging investors who are now seeing legacy systems fail twice, the realities of tough opportunities for encryption to spread to the general public begin to materialize.

Early indications of a positive impact 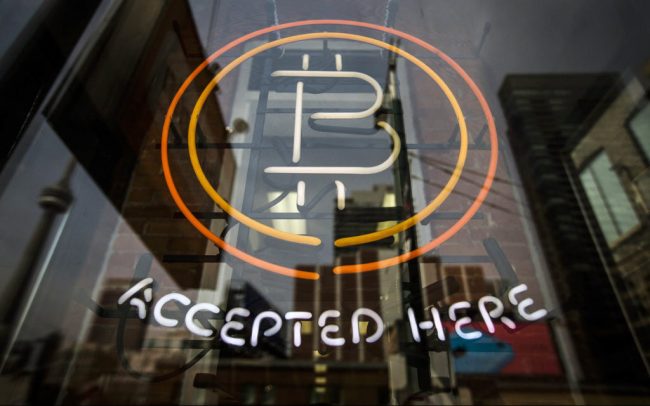 The closure of local businesses has pushed employees and small businesses to a sparse level. Interestingly, cannabis stores are considered “essential” in states such as Colorado, highlighting their own development.

Despite the legal status of factories in California and Colorado, it is no secret that cannabis companies have struggled to maintain a consistent banking relationship.

This is where technology can provide useful redundancy to merchants. For example, consumers can use a bitcoin lightning network to buy goods at a cannabis store without actually manipulating the network interface. Instead, the user’s bank account is debited from cash as if the purchase was made with a debit card.

The larger context of forcing cryptocurrency payments for redundancy can be applied to financial hedging, resistance to censorship, and access to liquidity when the banking system is liquid. Stablecoin, such as Tether (USDT), ironically, may seem like a better alternative to storing US dollars in bank accounts. Bank of America has recently set a withdrawal limit, which is annoying to prevent customers from using full credit facilities.

Meanwhile, the stable supply of coins is expanding to historic levels.

Although it is difficult to pinpoint the exact reason, stablecoin are currently exposed to the most in demand assets (USD), according to some observations that they may be a by-product of the increased demand for OTC desk operations. A place to increase or just hedge a position in the crypto market—actually it is very liquid and has a topology similar to the FX market.

While using encryption in a financial turmoil may sound strange, the industry has evolved to a more sophisticated level than its premature, immature version.

If segwits were hardly adopted and left early in 2018 when the hype was unacceptable, investors investigating the current situation will probably be impressed with the progress. Coinbase even revealed that retail investors make up the majority of buyers when bitcoin prices temporarily dropped below $ 4,000 in mid-March.

More sophisticated encryption environments are explicitly supported by many projects other than Bitcoin.

Some of the original stimulus bills, which were eventually reduced, included digital dollar terms. Purely digital fiat currencies have a dangerous impact on financial privacy. Encryption helps provide a way for nervous people to increase government breaches of privacy. However, a financial ecosystem based on simple private transactions between counterparts is not enough.

In this context, commercial services can be built using blockchain. Apps and DApp users can interact privately with the service within the normal experience of standard mobile apps on smartphones, such as trading on stablecoins, sharing location information, and sharing certain personal data.

Beyond privacy, several projects are designed to ease some of the scaling burden of Ethereum’s decentralized finance-the need for meaningful DeFi adoption-but Ethereum is scaling the DeFi platform with a keen need for a solution, MakerDAO is almost shattered by a sharp drop in Ethernet prices.

However, in a crisis like COVID-19, you need to take a thoughtful approach in solidarity with ongoing quarantine and home orders. Sometimes it means canceling an event at a high cost for a project or publication. For example, Maxonrow reschedules the first hackathon to Factory Berlin on October 3.

Importantly, everyone is struggling in an unprecedented global crisis. From a financial perspective, the situation is favorable for cryptocurrency, but first, projects and cryptocurrency assets need to survive the economic storm ahead. This will be followed by infrastructure progress and early signs of a recruiting blossom.

Right now its about seizing that opportunity.

And already there are some signs of encouragement.