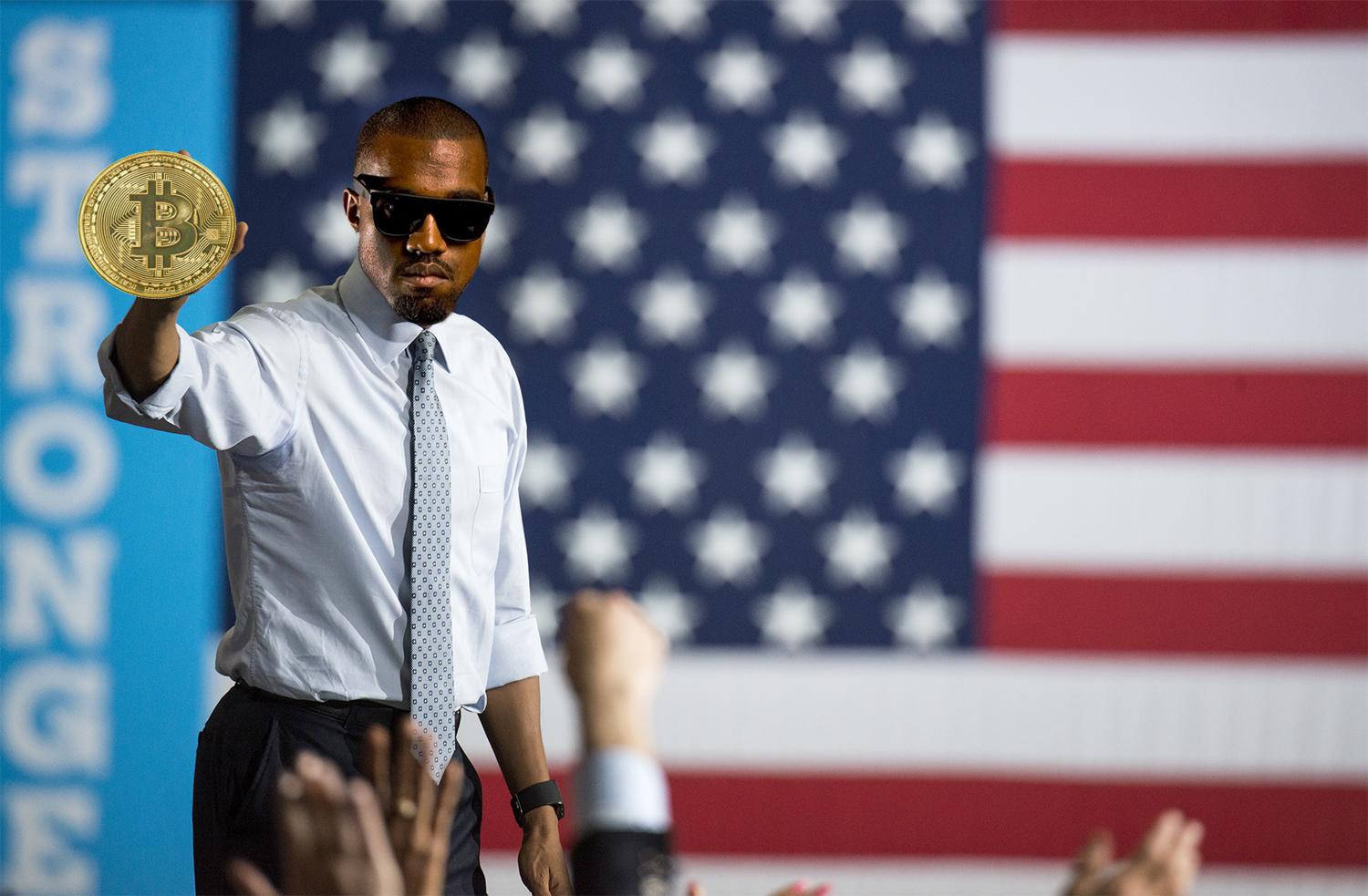 Kanye For President, Be Great For Crypto

Kanye Becoming President Would Be Great For Crypto Recently, the world was abuzz with news that Kanye West, is now in the race for becoming the presi

Kanye Becoming President Would Be Great For Crypto

Recently, the world was abuzz with news that Kanye West, is now in the race for becoming the president. The popular music artist wants to go head to head with Donald Trump in the upcoming election. This comes just days after he met with the eccentric tech tycoon Elon Musk. The news was taken as highly positive by the crypto industry. This is because Kanye is a big proponent of cryptocurrencies.

Initially, some thought that it might not be possible for him to enter the elections this late. This is because the elections are going to take place in November of this year. In fact, Elon Musk also confirmed that Kanye has his full support on Twitter. Kanye West is known for being Bitcoin-friendly. In a 2018 interview, he had said, “When I saw Harriet Tubman on the $20 bill, that’s the moment when I wanted to use bitcoin.” His wife, Kim Kardashian, who is a popular celebrity herself, had received a physical bitcoin the same year. This is all very good news for the bitcoin & crypto industry, especially if he becomes President of the United States.

There are two reasons for this. One is that his being the president could lead to a lot of favorable regulations for crypto. The US allows crypto transactions and many of the largest crypto companies are based there. However, there is still not clear cut rules and regulations surrounding cryptos. Also, the crypto tax laws have often been called confusing at best. There is an immense need for simplification. Kanye, as president could help with that. The second reason is the huge popularity of Kanye West. He has sold over 140 million records worldwide till now. He has almost 30 million followers on Twitter alone. All over the world, he has a tremendous amount of influence. His being the president as well as a crypto proponent could spread cryptocurrency to millions more. The dream of mass adoption could finally come true.

It might even have an impact on the stance towards cryptos of other countries. If the US takes a positive and favorable position, it might encourage others to do the same. In fact, this could kickstart a race where everyone wants to innovate and adopt this innovative space. Similar to the space race in the 20th century.

At present with Bitcoin and Kanye

As of now, it remains to be seen if Kanye is really serious about becoming a president. He has to be able to get in the race first. There are some states where the deadline for a vote in has passed. So, as of now, it’s not sure if he could take part in the election and to what capacity.